Posted at 00:09h in uncorked, wine by Beth A
0 Likes
Welcome to Uncorked! Where I feature a wine that I’ve tried and let you know my thoughts on it. There is a little disclaimer: I am by far no wine expert –I am just going to tell my thoughts on a wine. Some wine snobs out there might turn their nose up at my opinion and that’s fine with me! Wine is meant to be savored and enjoyed! I might throw out some wine terms here and there and if I do, I will make sure that I give you the definition and try to explain them to the best of my abilities. My goal is to share some tasty wine picks with the world and hopefully encourage some of you out there to try a new wine. No bottle shall be discriminated against, price is no matter (with in reason), and this is just going to be all about exploring the world of wine. This week’s wine is:
Nine of them….yep that’s right! 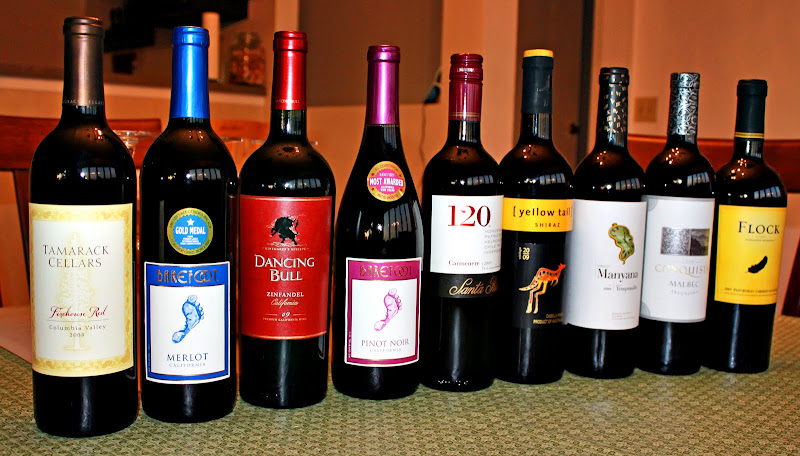 So here’s the story, a couple months ago Christi came up with the genius idea to have a wine tasting just for us sisters. Unlike me, Christi is a white wine girl, and she thought it would a great time to try a variety of reds to find her fav. Luci came down for a visit and we had the day all planned.
It started with some professional photos of us for our parents (gotta love groupon), then we went out for sushi, did some shopping, and then settled at my house for some red wine and cheese.
I have attended a couple wine tastings, but I didn’t really know how to proceed with my own tasting. I went to the local wine store and the owner suggested that we arrange the bottles from sweet to dry. Really, I should have done some homework on it 🙂
I picked up every kind of red (pretty much) that they had at the store and it ended up being nine bottles. I tried to stick to cheap wines, so most of them are $7.00 and under.
Here are all the bottles we had:
Manyana 2009 Tempranillo ($5.99)
Conquista 2010 Malbec ($6.99)
Barefoot Pinot Noir ($5.99)
120 2009 Carmenere ($6.99)
Barefoot Merlot ($5.99)
Yellowtail Shiraz ($5.99)
Dancing Bull 2009 Zinfanedel ($7.99)
And two that ended up being significantly higher priced than the others because I sampled them at the store:
Flock 2007 Cabernet Sauvignon ($12.99)
Tamarack Cellars 2008 Firehouse Red ($19.99)
We set up the wine, opened the bottles, set out glasses, and dined on some excellent cheese. 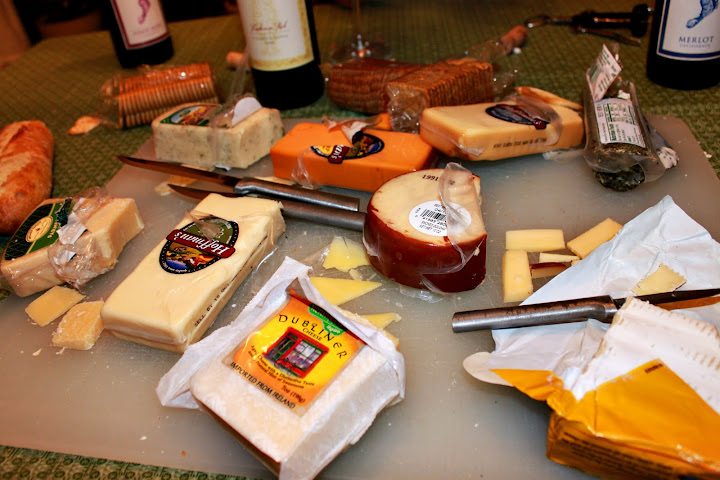 I know the presentation of the cheese isn’t the best but I didn’t have a way to mark them without the wrapper. (Which brings me to mention my upcoming post on cork cheese markers.)

Christi made a homemade boursin cheese recipe that she found on Pinterest, which I think we all agreed the original is better, but for a large party it would be a great substitute. 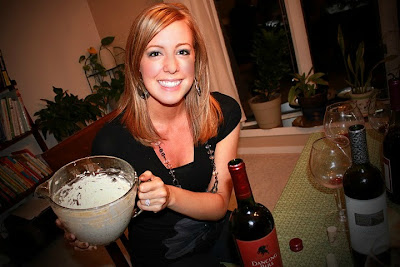 To let you all know we are not alcoholics, we did a small pour of each of the wines. Despite the small pour, we soon found out why usually when you do a wine tasting, you should only have a few bottles…not nine.
We started the wine tasting off with the 120 2009 Carmenere. 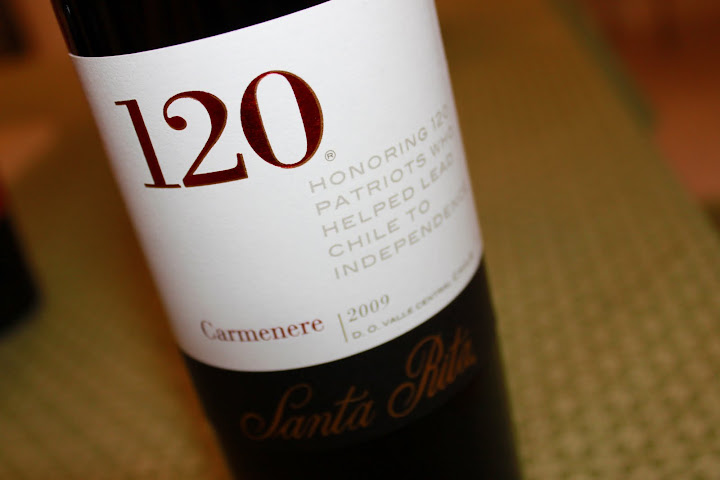 The bottle describes the Carmenere as: “the signature grade of Chile, has rich aromas of ripe, red fruit. On the palate, lush fruit flavors and a touch of spice lead to an elegant finish. A heavenly choice every time.” What we found, is that it’s a very acid wine. We poured a glass and after one sip I decided that we probably should let it breathe for a little. After letting it breathe for about 30 minutes, the wine tasted great. It was full bodied and fruity. However, it was still a little acid so we all thought this wine was just not for us.

Then onto the next wine, the Manyana 2009 Tempranillo 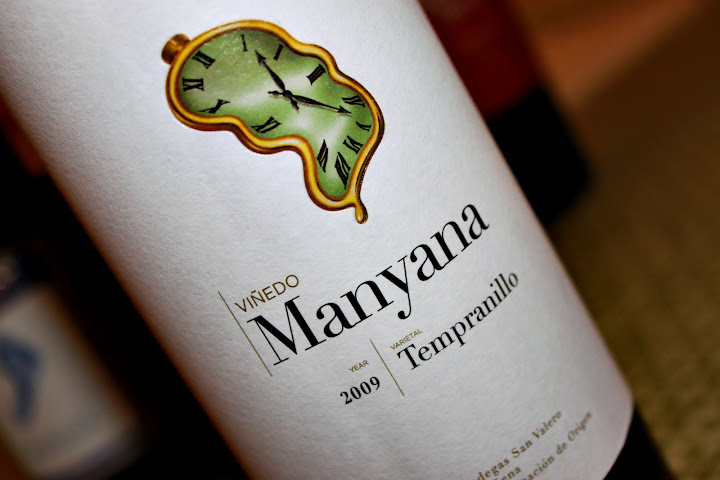 This bottle is described as a “juicy classic that is saturated with wild black fruit, cherries, and a hint of savory spices: perfect with all kids of meats or veggies – or relax into Manyana with a classical regional dish of a few olives and salted almonds.” We all really liked this wine, it was light bodied, fruity, and a very pleasant drinking wine.

The next wine was the Yellowtail Shiraz 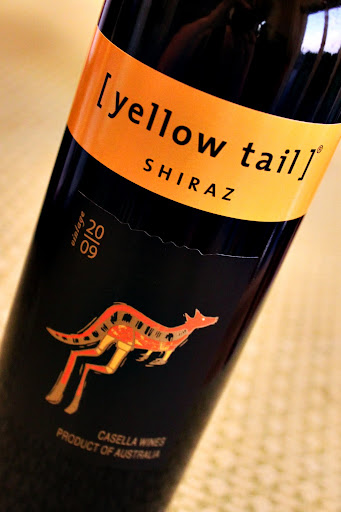 It’s described as “Flavors of mulberry, spice, smooth vanilla.” This was a medium body red, that was fairly fruity with some spices in the taste. This wine was ok, but I don’t think any of us were very impressed with it.

The next bottle was the Tamarack Cellars 2008 Firehouse Red 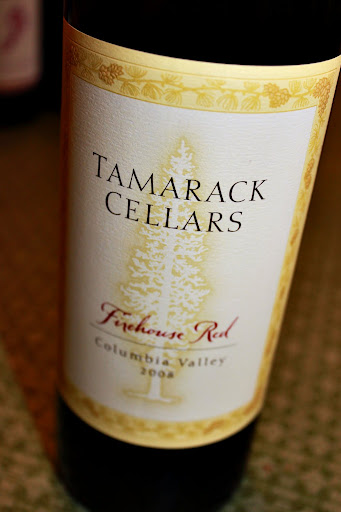 The bottle’s label say it’s a “blend of 37% cabernet sauvignon, 30% syrah, 16% merlot, 7% cabernet franc, 3% malbec, 3% sangiovese, 3% petit verdot and 1% carmenere. Since it’s first vintage, Firehouse Red has been consistently recognized as an outstanding red wine of depth and distinction.” Now I sampled this earlier in the day and thought it was a good example of a blend. It was very acidic compared to the other wines we had sampled so far. A good example why some people equate a more acidic wine with a higher price. This was one of those bottles, that I would enjoy the first glass, but need to switch to something different on the next. My sisters were not fans of this wine at all.

On to the next bottle, Conquista 2010 Malbec 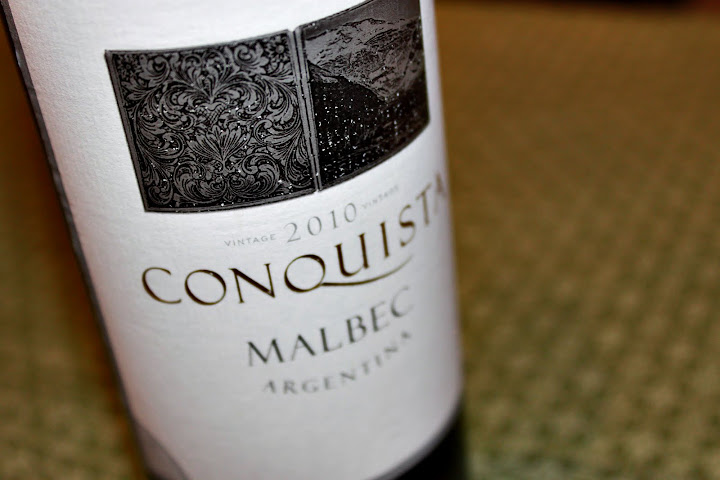 This is described as “spiced red plum flavors combined with this silky texture.” I believe this was the first Malbec that both Christi and Luci had and they were really impressed by it. Malbecs have really become popular over the last 6 months. This was a full bodied wine with a nice peppery finish. It was enjoyed by all of us!

At this point, Christi started to ask how I knew what was light bodied and full, so we did a swirl test. We poured a little of the Tempranillo (light bodied) into one glass the the Malbec (full bodied) and Luci swirled the two glasses around to show the difference. It was fun to see her do it without spilling because if it was me, I would have spilled 🙂 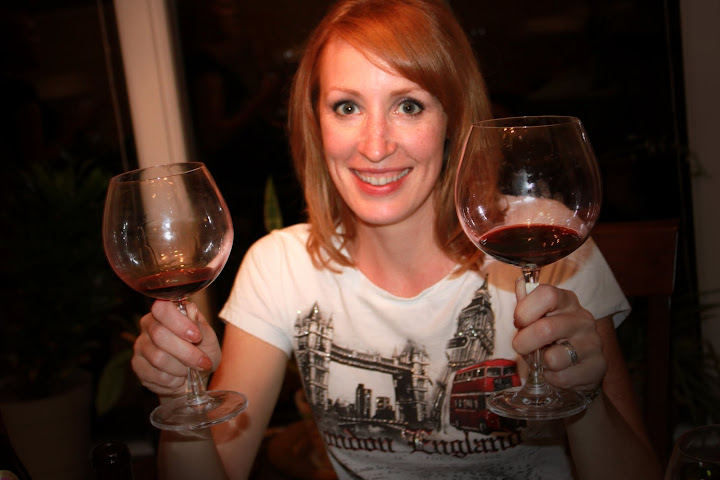 Next and final one Barefoot Pinot Noir 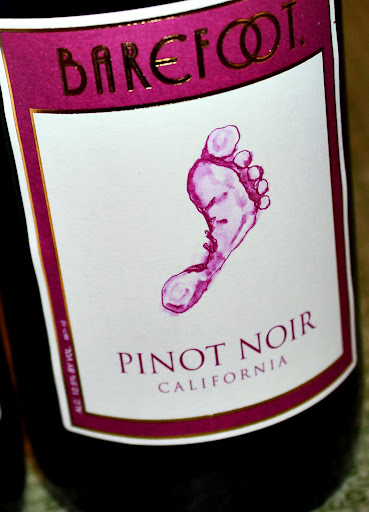 This bottle is described as “Medium bodied wine with tantalizing flavors of ripe cherry and wild raspberry. Hints of vanilla and spice complement a smooth lingering finish.” This was a great wine- it smelled very fruity, more than anything else we have had, and ended up being very light and fresh. Christi also said “I am actually surprised I liked it because I thought it would be very dry.”
Now this ended up being our last bottle of wine, because we found out why wine tastings are usually are only with a few bottles and people spit out the wine. After a while, the wines started blending together and it was really hard to tell them apart.
At this point, we decided to just pick a fav and have a full glass. 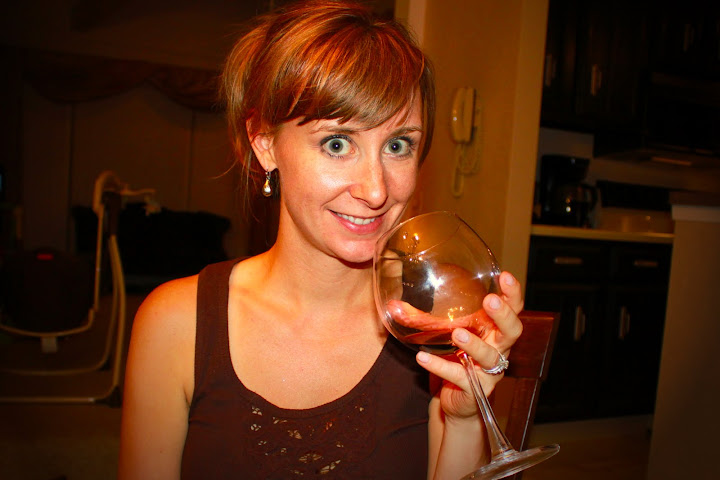 So what was the verdict?? Well, we finished two bottles that night. The Manyana 2009 Tempranillo and the Conquista 2010 Malbec. I guess the South American wines win! Probably another reason why they have become so popular over the last year.
I should give honorable mentions to the bottles we opened, but we did not drink. Look for them on an upcoming Uncorked.
Barefoot Merlot 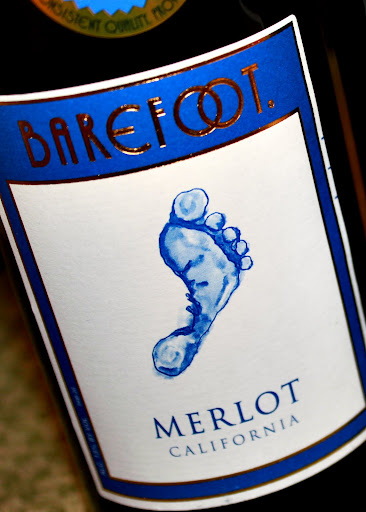 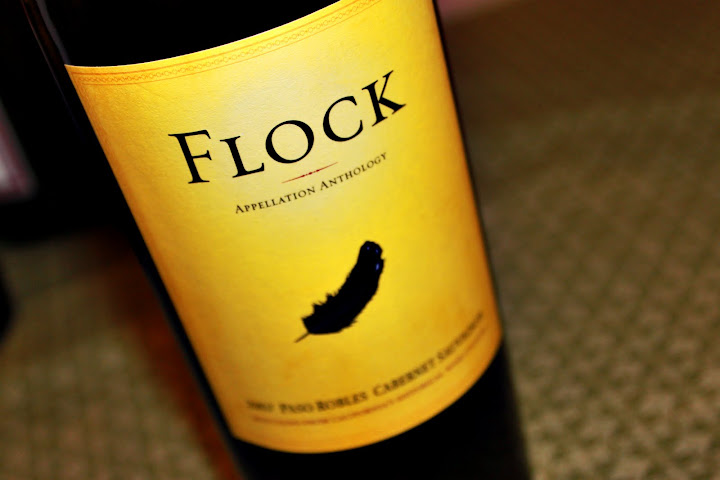 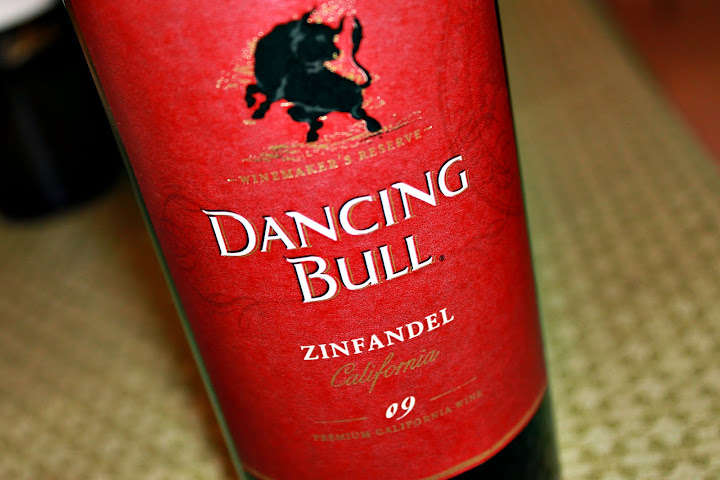 “Bright, zesty and bursting with flavors of black cherry and raspberry with just the right amount of spice.”

The wine tasting was a really fun time! Next time I think we will stick with maybe four bottles and try to actually follow some sort of wine tasting guide. If you have every done your own wine tasting, let me know, I would LOVE to hear suggestions on how to do our next one!
Overall, the sister day was a blast! We ended up going to bed at 3am, after lots of laughs, wine, and good times!