Posted at 19:09h in Uncategorized by Beth A
0 Likes

If you have been following our blog, you probably read the post about me creating my son a Fire Truck Room.

I have slowly been redoing furniture to be a part of his room, such as the Toy Box 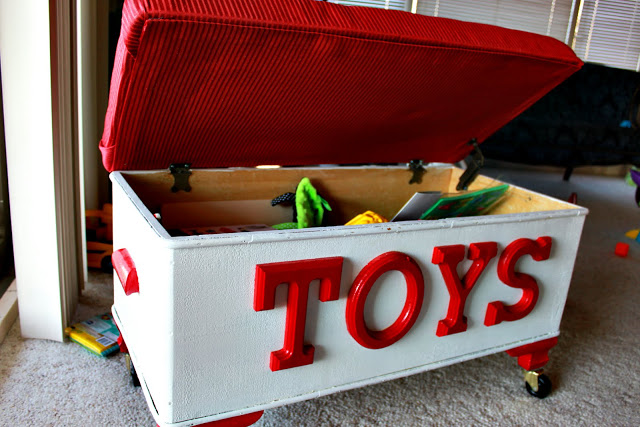 and the book shelf. 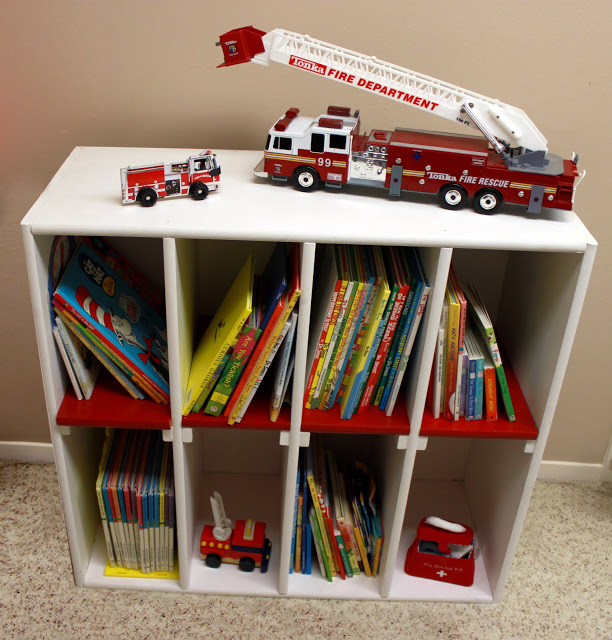 The next furniture project was to repaint this old dresser of mine. Here is what the dresser looked like before: 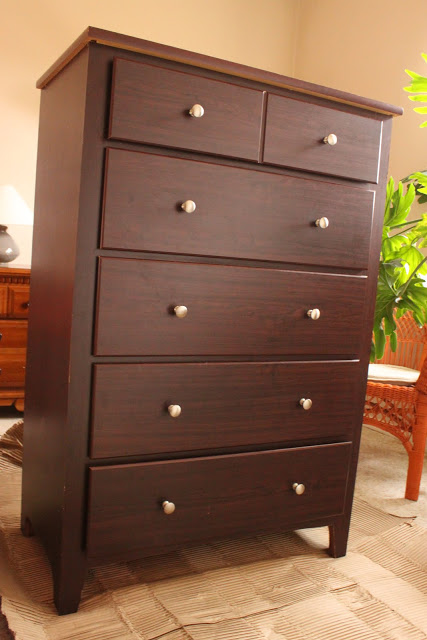 Though the dresser may not look like it is in that bad of shape, it is made out of laminated wood and has scratches all over it. It still has stayed quite sturdy through the years and has managed to survive ten moves in the almost 8 years that I have owned it. My husband hates it and I was quite convinced that I could paint it and put it to good use in our son’s room. After all, kids like to destroy things and I feel a whole lot better if he ended up destroying this dresser over a new one.
Now, I have always had somewhat of a fear about painting over laminated wood. Some paint just won’t stick to it. After reading several websites, I found people overwhelmingly endorse Zinsser Cover Stain to paint over laminate. I decided to give it a try.

First, when you decide to paint a dresser, you want to start out with removing all knobs and drawers. I tried to remove the top one, but it was stuck. Hubby couldn’t even get it to come out without breaking it, so we gave up on it.

Using a foam roller, I applied the cover stain to the dresser. I was very impressed with the way it blocked out the previous laminate color. 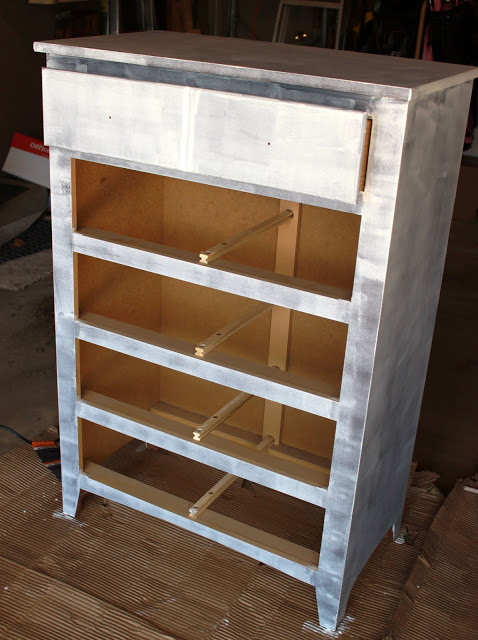 Also, the cover stain stuck to the laminate and was easy to apply. It created a great working surface to apply my color to. This product might be a new fav of mine! (I think I smell a sequel to  Handygirl’s Top 10 Essentials.) 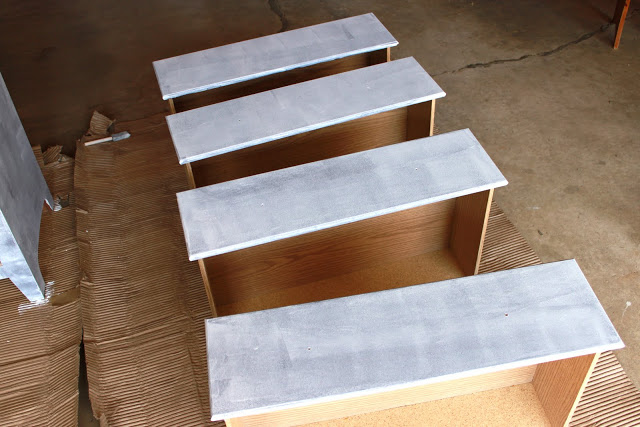 I originally had this grand idea to paint the entire dresser Fire Engine Red. I set out to purchase a gallon of red paint and walked up to the counter at Lowes to have them mix it up. I always like to browse the “Ooops” paint containers for any colors worth buying when lo and behold, they had a Valspar Signature Paint gallon in Fire Engine Red for only $10!!  That never happens to me! I quickly yelled to the paint lady to stop with my paint, seconds before she opened the new can, and snatched the “Ooops” gallon up! What a steal, I saved $22 on this paint! 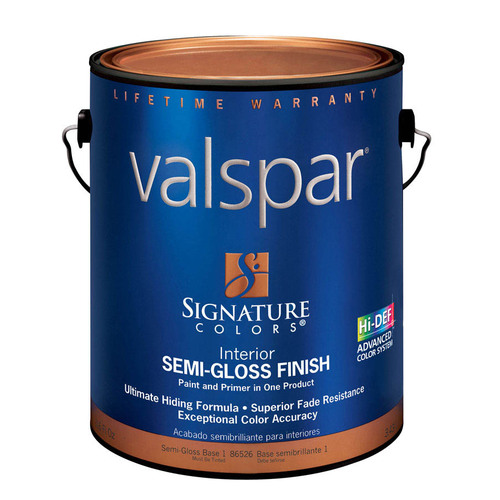 source
So as I said, the idea was originally to paint the entire dresser red. After painting on the side of the dresser, I decided all red was going to be WAY too much for this room!
I decided instead to paint the main part of the dresser white. I used some leftover white paint I had from the Adirondack Chairs I painted last summer. 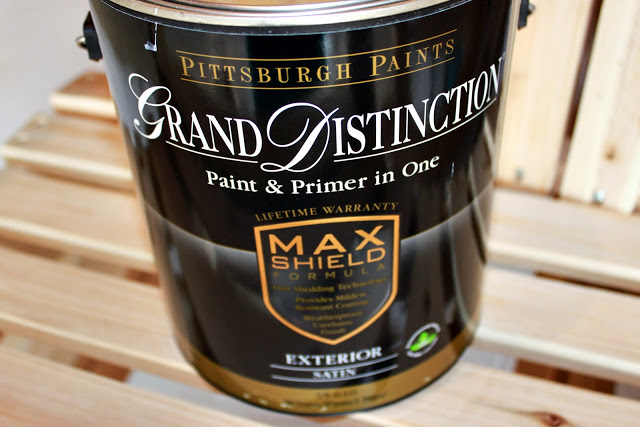 And painted the drawers with the Fire Engine Red paint. 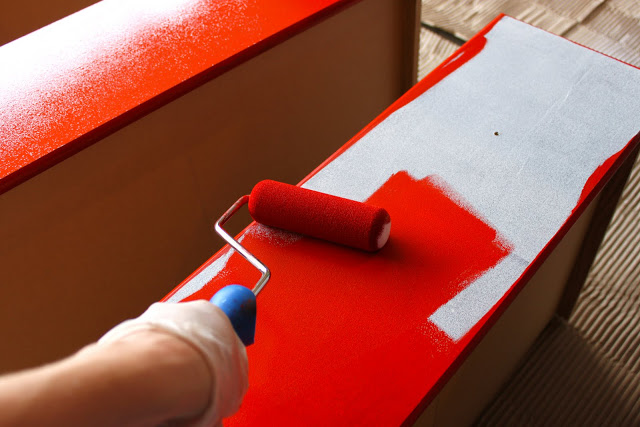 While at Lowes I also picked up some white porcelain knobs for the dresser and replace the existing ones. 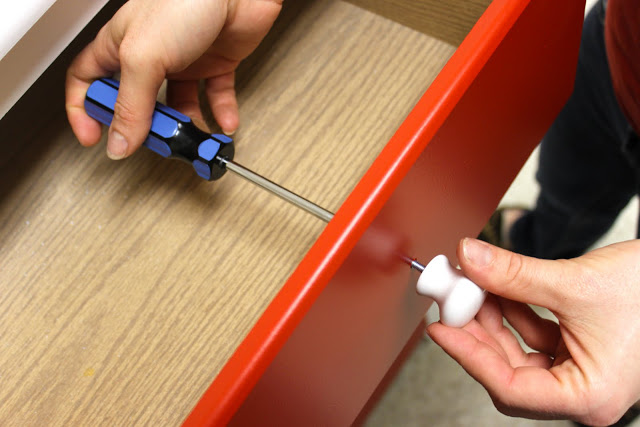 In the end, I ended up with the dresser looking like this and I honestly couldn’t be happier about how it turned out. I love the contrast between the drawers and the dresser.  In addition, the white knobs just tie the colors together. 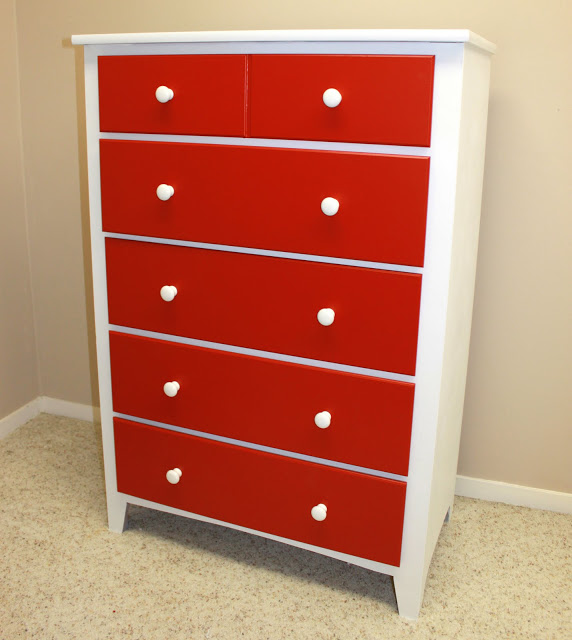 Here is the snazzy before and after pic: 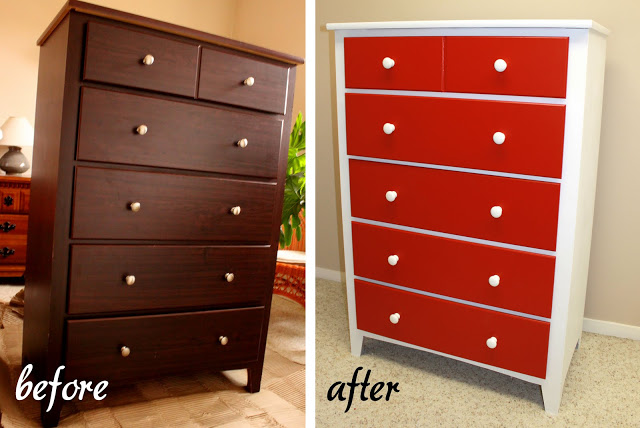 I think this might be final piece of furniture for Aiden’s firetruck room as the room is pretty small and I don’t think I could fit much more in there. I shouldn’t say I am completely done with furniture. I have grand ideas for a cool nightstand, but I am still on the hunt for the right object to make it work.